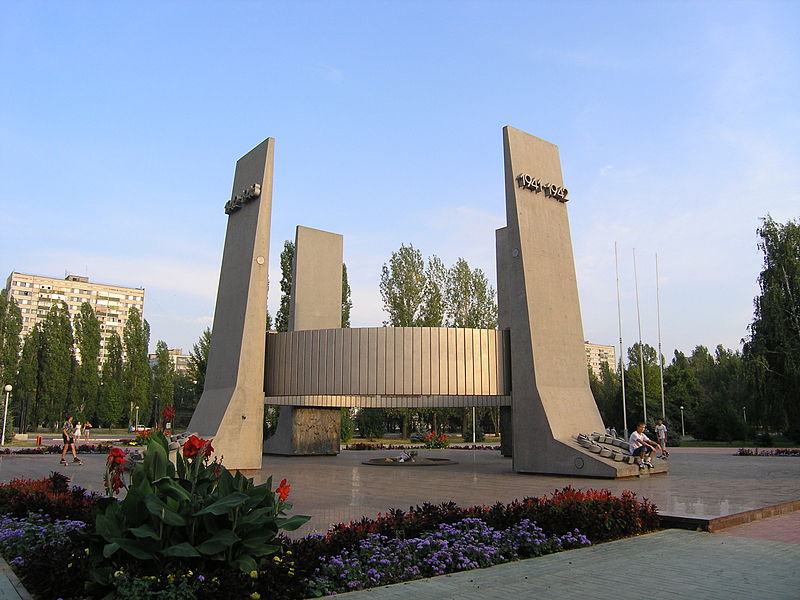 The memorial complex was built in Victory Park as part of the 1985 remembrance of the 40th anniversary of the 1945 victory over Nazi Germany. The memorial was officially opened on June 7, 1985. The designer was Simon Winograd, and VAZ undertook the construction.

Later additions were made to the memorial in 1987–1988: bas-reliefs were installed, and in the center a star with an eternal flame was installed.

On March 9, 1995, a capsule of earth brought from Poklonnaya Hill in Moscow (the site of Moscow’s Victory Park) was placed in one of the monument’s wreaths (the one on the side facing Jubilee Street).

In April 2007, hooligans stole part of the framing of the eternal flame, but the vandals were soon arrested and the items recovered.